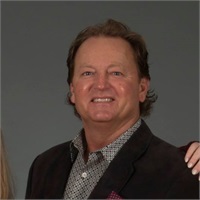 For nearly 30 years, Scott Loveland has been serving insurance needs in the Springfield area.

Scott was born and raised in Springfield, Missouri. A graduate of Kickapoo High School, he lettered in football, basketball, and baseball. Scott then attended the University of Central Missouri where he played quarterback, and where he was MIAA Conference MVP in 1984 and a 2000 inductee into the UCM Athletic Hall of Fame.

After graduating from UCM in 1985 with a Bachelor of Science in Business Administration with an emphasis in Management, Scott entered the insurance industry in 1989 and has built his reputation on emphasizing personal service. After many years as a captive agent, he started Scott Loveland Insurance in 2008 as an independent agent in order to better serve his clients by offering them multiple policy options from an array of insurance providers.

Scott and his team team have grown their agency using a common-sense approach to protecting clients’ property and addressing life insurance needs. They compare the rates and coverage of multiple carriers to identify the best fit for each client. They consistently take the time to personally explain policies and claims processes, and they stand ready to assist with billing issues or any other questions that might arise along the way.