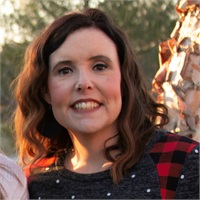 Born and raised in Poplar Bluff, Missouri, Mary Robinson has always lived locally in the state of Missouri.

It wasn’t until 2005 that Mary entered the insurance industry where she began working for Scott Loveland. At the time, Scott was still a captive agent. Mary has put a lot of time, energy, and effort towards helping Scott Loveland Insurance become what it is today. She is currently serving as Office Manager where she loved and respected by many clients.